There's never a bad time to replace worn out tyres. However, replacing tyres during the winter might require you to invest in accessories that will make it easier and safer for you to drive on snow and on icy roads.

This article discusses two ideas that you might want to embrace as you gear up for the tyre replacement exercise.

Snow chains don't have to be wrapped around all of your tyres unless you buy an all-wheel drive truck. For front-wheel and rear-wheel drive vehicles, these chains are only mandatory for the front wheels and the rear wheels respectively. However, having all your tyres wrapped in chains often makes for a more stable driving experience in snowy conditions.

Perhaps the best thing about buying snow chains when you replace old tyres is that you won't need to replace the all-season truck tyres with tyres designed specifically for winter.

It's important to point out that adding snow chains to your tyres means that you won't be able to drive as fast and it might have a slight negative impact on your truck's fuel efficiency.

If you don't like the idea of driving around in "chained" tyres until the end of winter, you can buy a set of studded tyres to replace the worn out tyres on your truck.

Studded tyres are different from all-season tyres because they have small studs of steel incorporated into their tread design. Contact between the metal studs and the snow-packed road surface improves the grip between your tyres and the road, thereby making it difficult for the tyres to skid over an icy road surface.

The presence of steel studs in studded tyres might mean that your tyres will produce more noise than their all-season equivalents.

In addition to this, steel studs may cause physical damage on the road when there's not much snow or ice on the road surface. For this reason, you need to confirm that your state laws and/or local council laws permit the use of studded tyres before they're fitted on your truck. 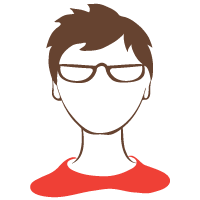 I've always driven used cars, and when I first started driving, I made some costly decisions and bought a couple of cars that just weren't worth the money I spent on them. I knew I needed to learn how to inspect a car's engine and how to spot warning signs when I was buying a used car, so I started reading everything I could find on the topic, including basic car mechanics and maintenance. I started this blog to share what I've learned over the years, and I hope my tips will prevent other new drivers buying used cars that will drain their wallet and sap the enjoyment out of driving. I hope you find my posts informative and useful.